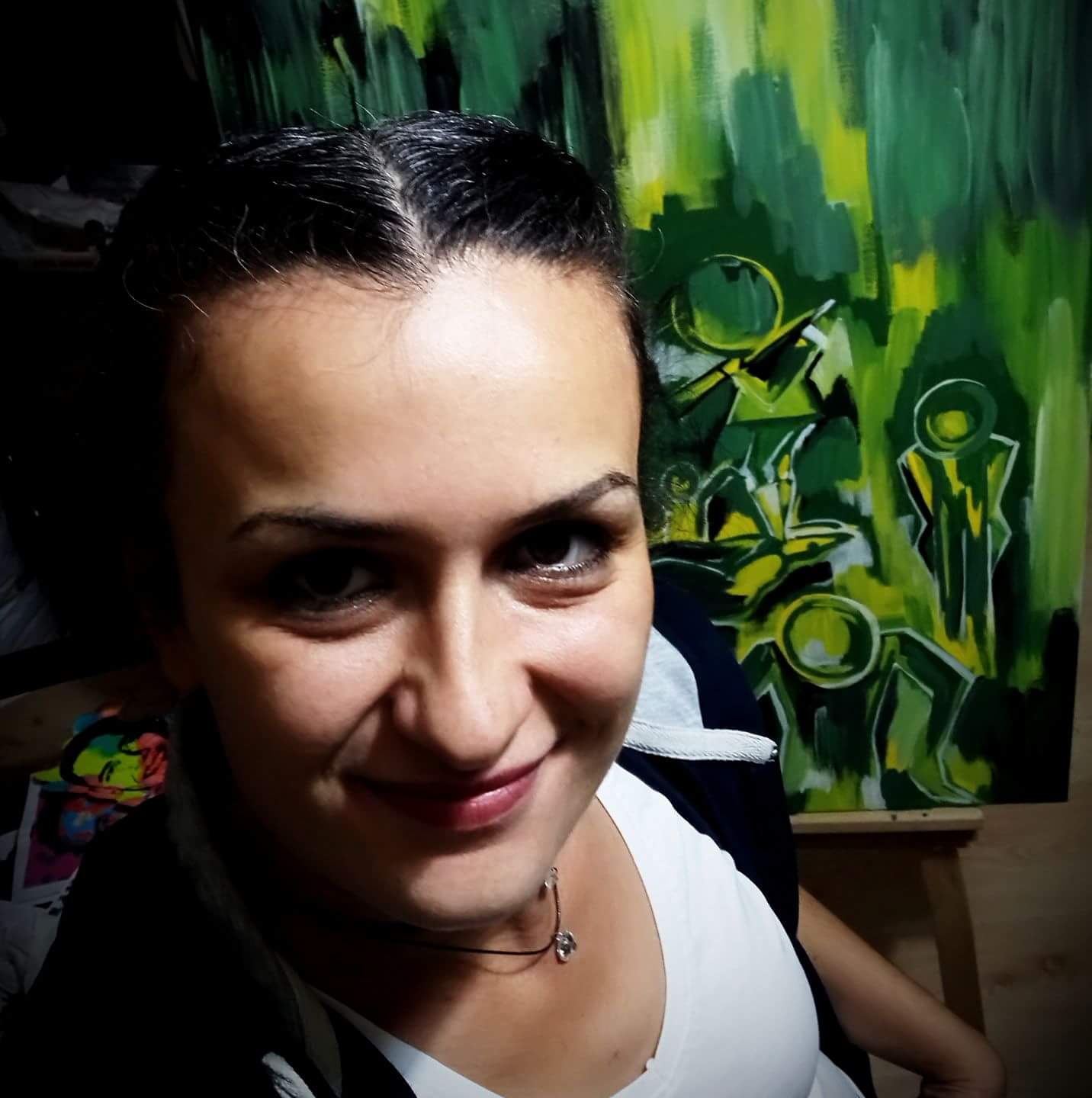 ABOUT THE ARTIST
Nihal Karapek who was born in Kastamonu in 1985, lives in Ankara. Received "design and imaginary design" from Sema Sanal and Nihat Kahraman. In addition this, she received "perspective" from Kayıhan Keskinok between years of 2000-2004 in Galeri Sanat Yapım.She graduated from the Department of Graphic Design at Akdeniz University in 2007. She graduated from International Relations Department of Anadolu University in 2018. By adding her expressionist expression to Futurist and Cubist understanding in her image analysis, she tries to show the objects depicted on the two-dimensional surface by simplifying them to form geometric forms.
EXHIBITIONS
2019 Nişart Gallery “Limitless”, Group Exhibition
2019 Kastamonu Rıfat Ilgaz Culture Center, Solo Exhibition
2020 "Eriyenler Serisi", Painting Exhibition, Mustafa Ayaz Exhibition Hall
SERIES OF RUINS
The starting point of art production is the society that includes herself, as well as the people that the world order has shaped. The “Series of Ruins” tried to depict of pressure that the individual feel in this order and transforming into hollow molds.
Continue...
ARTWORKS
New
Series of Ruin 17