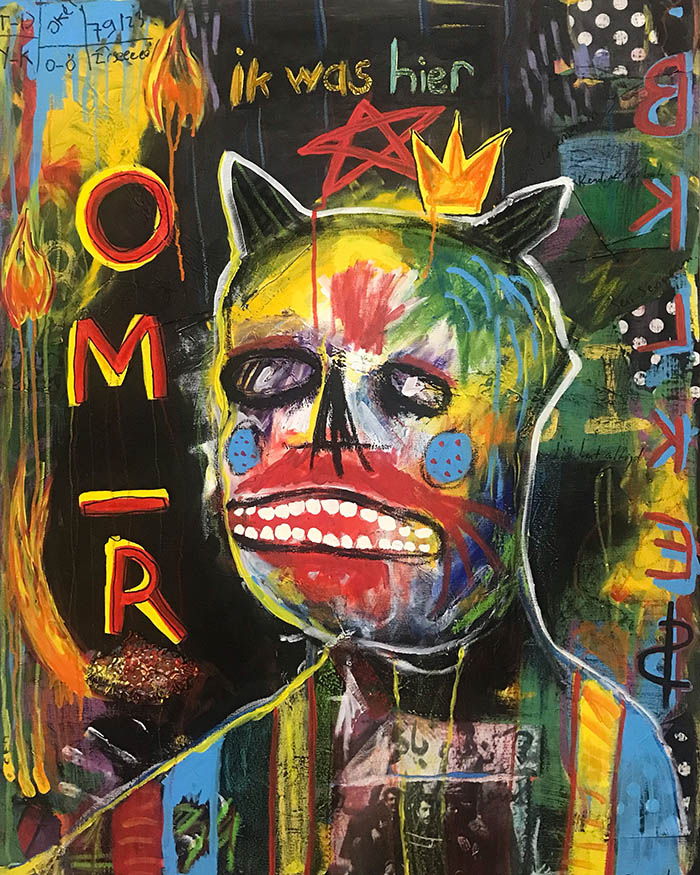 Ersen Bogutekin was born on 30 October 1997 in the Netherlands. In 2020, she graduated from Erciyes University Faculty of Fine Arts, Department of Painting. Living between the two cultures, Ersen aimed to develop a global language with conceptual and physical collages with the dynamic structure of his memory. Under the main theme of "Woman", she highlights sub-themes such as gender/gender, identity, belonging, time-culture relationship in her work.

She presents the principles intertwined with the language of contemporary aesthetics to the audience with works that create parody visuality. Using contemporary art strategies, she makes references to time and gender through the metaphorical transformation of material. The reason she prefers innoting from one's own life rather than telling a subject is because she wants to connect with the studies. She offers an amorphosed visuality, creating a contrast between spontaneous and mechanical.

Ersen Boğutekin, who handles nostalgic and cultural elements in her contemporary style, refers to the collective structure of the time. The act of "being a woman" is the subject of works within the scope of the geography and culture experienced. It is a criticism of the patriarchal cultural structure. As Picasso said, "painting is not made to decorate houses. The picture is a weapon to be used for defense and attack against the enemy." She makes works with criticism and faith in the healing power of art in place to show equality and the right sense. Under this structure, she edits his work in a way that contributes to the painting in terms of plastic and content. She uses elements such as metaphor, kitsch, collage, irony-parody, extension/projection, reformatting, conceptual collage, depiction from contemporary art strategies.

Your Remembrance Is Not Enough 1