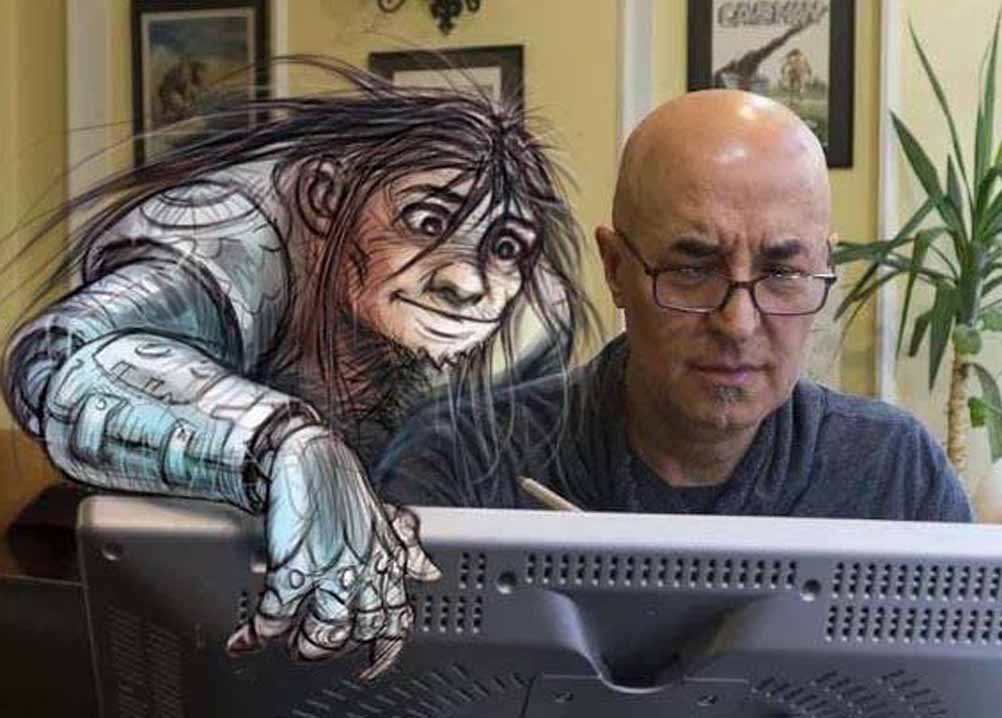 Tayyar Ozkan was born in Turkey, in 1962. He graduated from Ankara Gazi University, Faculty of Fine Arts in 1983. He published his early works between 1976-1989. After he moved to USA in 1989; he worked on graphic and textile design for Tommy Hilfiger, Chaps, Polo Ralph Lauren, Christian Dior, Joe Boxer, Intimo, Tiffany, Mavi Jeans and many others between 1989-2018. His on going comic strips Caveman appeared in Heavy Metal in 1993 until present. First Caveman book was pubished by NBM in 1997.

His collaboration with writer Joel Rose and Amos Poe produced the mystery book La Pacifica (282 pages) for Paradox/DC Comics in 1994. He inked 4 issues of the The Dreaming for Vertigo/DC. Meanwhile, he worked for the Paradox the Big Book Of... collections. He has self published 4 Caveman comic books. A hard cover graphic novel (as it has been picked as "a book of month" by FNAC in France) has been published by French publisher 2L Productions. Caveman published in Spain in 2001 by Dude Comics and in 2007 by Diartgroup, in Holland by Libripress Publishing House in 2007 and in England by Markosia Enterprises in 2019. Full Color Caveman novel was released in Turkey, in 2011.

He taught a course on Sequential Art: How Comics Rule at the School of Visual Arts in New York.

Caveman strips have been published in Guangzhou Daily newspaper in China in 2005-2006. His comic strips called "the Age" appeared in Heavy Metal illustrated magazine in USA in 2012-13. He directed animation films and also created many characters, drew storyboards for TV commercials, films and animated movies.

He still works in the same field as a freelancer. Lately, he started to work on acrylic paintings on canvas which you can find on this profile page.